Developed by OOWEBOO
KW Newsletter
Landlords: Can You Cut Electricity to Collect Arrears or Evict?

“It is a fundamental principle that no man is allowed to take the law into his own hands” (Transvaal Supreme Court, 1906) 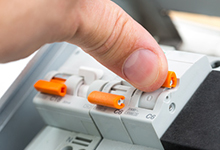 Landlords can be sorely tempted to force defaulting tenants to settle their arrears (or to vacate the premises altogether) with a bit of instant “self-help” by cutting electricity or water supplies, or perhaps by changing locks or disabling access codes.

From the High Court comes another timely warning that you cannot resort to self-help without risking an immediate and costly “spoliation order”.

What exactly is a spoliation order?

In a nutshell, it is an order rapping you over the knuckles for taking the law into your own hands and forcing you to return to the previous status quo whilst you fight your weary way through proper legal channels.

To quote from a 2012 Supreme Court of Appeal decision (emphasis supplied): “Spoliation is the wrongful deprivation of another’s right of possession. The aim of spoliation is to prevent self-help. It seeks to prevent people from taking the law into their own hands … The cause for possession is irrelevant – that is why a thief is protected … The fact that possession is wrongful or illegal is irrelevant, as that would go to the merits of the dispute”.

The two things the tenant must prove

At this stage, the court is not interested in how strong or weak the landlord’s claim may be. Your full-on fight over the “merits of the dispute” comes later, and all the tenant need show now is –

The filling station, the laundromat and the “personal rights” argument

The lesson for landlords

No matter how strong your main case may be, taking the law into your own hands is likely to be a costly mistake. Seek legal advice before you take any form of self-help action!