Developed by OOWEBOO
KW Newsletter
Does Your Dog Bite? Your (Substantial) Risk Remains

“People are entitled to walk our streets without having to fear being attacked by dogs and, where such attacks occur, they should in most circumstances be able to look to the owner of the dog for recompense” (extract from judgment below) 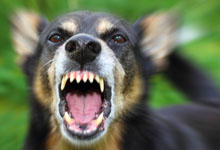 Dog owners (in fact owners of any potentially dangerous domesticated animal) should take note of the Supreme Court of Appeal (SCA)’s recent refusal to extend the legal defences open to you if you are sued for injuries and losses caused by your animal.

Your risk is substantial – the dog owner in this case is being sued for R2.3m.

Which brings us to the nub of your risk – you can be held liable on a “strict liability” or “no fault” basis. You can be sued even if you were in no way negligent.

That’s very different to most other types of liability for damages, where you are – with just a few exceptions – only at risk if you are proved to be at fault. As unfair as that may sound at first blush, there is solid reasoning behind it: “…the reality is that animals can cause harm to people and property in various ways. When they do so and the victim of their actions is innocent of fault for the harm they have caused, the interests of justice require that as between the owner and the injured party it is the owner who should be held liable for that harm.”

That concept goes back millennia to pre-Roman laws, and our modern law continues to apply this no-fault principle in respect of domesticated animals as “pauperian liability” (“actio de pauperie” to lawyers).

This is a complicated area of law, involving much judicial interpretation of both old and modern laws, and professional advice specific to your case is essential. In a nutshell however you are liable “if the animal does damage from inward excitement or, as it is also called, from vice … its behaviour is not considered such as is usual with a well-behaved animal of the kind.”

SCA: The three defences open to you remain limited

The dog owner here asked the Court to extend that third defence by taking away the “custody or control” requirement, so that negligence by another person not a custodian of the dog would still be a defence open to the owner. That would have given the owner a glimmer of hope with his speculative defence that that he had left the dogs behind a locked gate and “an unknown intruder must have attempted to gain access to the property via the gates and in doing so damaged the two padlocks … In turn this enabled the dogs to escape…”.

Bottom line (after much learned analysis of the law and constitutional considerations) – the Court declined to extend the third defence and your strict liability risk remains undiminished.

Control your dogs and check your insurance policies!