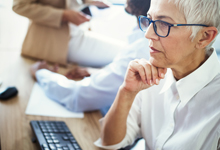 Many employees reaching “retirement age” (often set at 60 or 65) are not ready to retire. Perhaps they need to carry on earning an income, often they are fit and healthy and want to remain engaged and productive. Increasingly, both factors are at play.

Regardless, the concepts of an aging workforce and “65 is the new 50” are here to stay, and employers and employees alike need to tackle the changing realities that come with them.

Firstly, do not as an employer make the mistake of not specifying an agreed retirement age in your contracts of employment. Without such a clause you run the risk of being found guilty of “age discrimination” if in due course you force an unwilling employee to retire. As that is a class of “automatically unfair” dismissal, you are likely to pay dearly for your mistake.

Let’s consider however a recent case where an agreed retirement age was in place, but it came and went unnoticed (or perhaps noticed but ignored) …

The engineer who carried on as usual after 65

Learning from the employer’s R1m lesson

The Court based its decision on its conclusion that although the 1985 employment contract had terminated when the employee had turned 65, he had carried on working “seamlessly” thereafter.

In terms of the Basic Conditions of Employment Act, length of service must take into account previous employment with the same employer if the break between the periods of employment is less than one year. In this case, said the Court, there was no break at all and the engineer’s “employment with the respondent was ‘continuous’, in the true sense of that term.”

The employer’s mistake seems therefore to have been that it had done nothing when its employee approached the agreed retirement age. The reason for it doing nothing is unclear, but one wonders how many employers ever bother to diarise all retirement dates with a note to take action before they arrive.

Regardless, through its lack of action the employer effectively landed itself with an open-ended contract of employment (i.e. with no agreed retirement or termination date). If it had been more alert it could perhaps have simply said “remember you retire soon, enjoy your retirement” – that would not have been a retrenchment, and no severance pay would have been payable. Perhaps it could then have safely offered the employee a new fixed-term contract for a specified period (a “clean break” would have been essential i.e. no untaken leave or the like carried forward from the original contract). Perhaps it could even have structured an agreement to extend the contract on terms that would have made it unnecessary to give the employee a retrenchment package at all. Every case will be different and there are grey areas in the applicable law, so specific professional advice is essential here.